DJ entertainment for weddings and parties in France 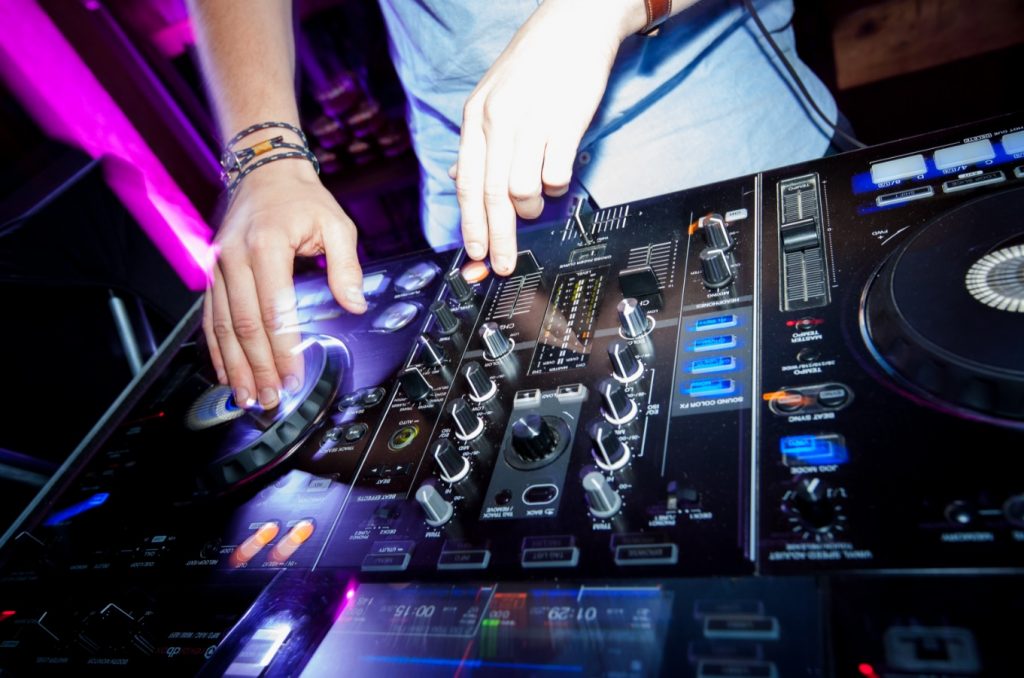 Working as a DJ for weddings in the Côte d’Azur


Living in South West France, I’m lucky to be a close driving distance to one of the most beautiful places on earth, the French Riviera. This stunning coastline stretches for miles along the Mediterranean coastline, boasting over 300 days of sunshine per year. It’s no wonder that many people decide to get married and want a wedding DJ in Cote dAzur!

There are many beautiful regions in Cote d’Azur to get married in:

Antibes: Full of art history and some of the most beautiful beaches in the world.

Nice: Amazing and panoramic views of the blue waters of the Mediterranean from the city on the hill!  Some of the most striking architecture on the Riviera.

Cannes: Hidden coves and beaches, not as crowded as some beach areas. A Mecca for haute couture!

Eze: A medieval village that will take you back in time. Beautiful landscape and dramatic views.

This beautiful area has many different upscale châteaux and castles in the area that serve as fantastic places to get married at!

When my family moved to the west coast of France from Britain 15 years ago, I quickly became adapted to the French language, which has proven to be a big plus in my DJ Services as I speak both fluent English and French.

Now, I offer Mobile Disco services and have many happy clients who hired me specifically for my professionalism and the fact that I have a wide range of knowledge on many different kinds of music.

Choosing the right playlist for your perfect Cote d’Azur wedding is where we start. We will talk about what kind of party atmosphere you are looking for and of course, we’ll want to play some of your favourites, too! Maybe you have a special song that reminds you of when you first met or a song that you love to dance to together.

Part of my job as a DJ is to make sure that all the music for your day is perfect, from the background music, lounge music, and then, of course, the music that starts the party! I also offer many different modern lighting options for your dance floor. Keeping up on current trends in weddings and DJ services is something I pay special attention to.

If you’re searching for an experienced mobile wedding DJ in France who can help you and your guests have an amazing time in the Cote d’Azur, then please get in touch!  It would be my pleasure to be your wedding DJ in this beautiful part of France. 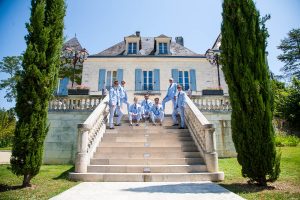 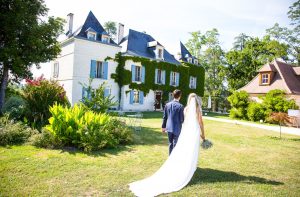 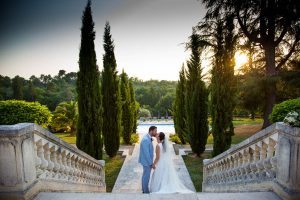 Why Choose a DJ for Your Wedding (English speaking DJ in France)?

It’s actually surprising how many people completely forget about music for their wedding until the last minute. You may ask yourself, are there many English speaking DJs or bands in France. You’re swamped in planning with so many details to get right that your choice of music just falls by the way side. Unfortunately, that can make all the difference in the experience you offer your guests.

When you sit down to decide what kind of entertainment to offer, there are lots of options: karaoke machines, recorded music, a live band, and, of course, a DJ. There are a lot of reasons why a DJ is actually the best option for you and your guests. Learn why having an English-speaking DJ in France for your wedding is the best option, and where to find the best in Dordogne.

Many people think that hiring a DJ is an expensive way to go, but in truth it’s a great way to save money. You get a lot more bang for your buck with a DJ who has thousands of songs at their disposal as opposed to, say, a wedding band who might have a hundred or so at best and still charges a premium for their performance. Trying to do it yourself can really rack up costs in terms of lighting and sound equipment—your DJ will have their own.

Let’s face it: when you get married, you’re looking to offer an experience to your guests that they’ll take with them for a lifetime. There’s a reason people choose regions like Dordogne in France, for their wedding. You want an evening disco with the kind of experience and atmosphere that will be memorable.

The right DJ can give you this atmosphere. They are able to adapt quickly to the musical tastes of you and your guests. They know how to read a crowd and bring a lot of experience in entertainment to the table. You cannot beat the range and varitey of music a DJ can offer.

When you rent equipment it can break down or fail to work as you want, leaving you stressed out about how to get things going again. You won’t have those kinds of problems when you hire an English-speaking DJ in France for your wedding !

A DJ is one person and they will sit down to discuss what you want, and then they’ll handle things. If there’s a problem with their equipment, they’ll fix it. If the entertainment needs to be adjusted, they’ll make the adjustment. They offer you peace of mind and the ability to just sit back and enjoy your special day.

Hire an English Speaking DJ in France for Your Wedding

Don’t stress or worry about what kind of music you want to offer your guests. Don’t spend a fortune on limited song selections or equipment that might not work. Hire a DJ that can provide a dream evening disco experience for your dream day in Dordogne, Lozère, Provence or even the Aude and you won’t have to worry about delivering a memorable and wonderful experience.

So what services can I provide :

Want to read some more posts, please feel free to browse through my blog or latest articles!

At the Villepinte exhibition center in the Paris region. SIAL the world’s largest food show occurred from October 21-25, 2018.

Paul Kafarakis from Specialty Food Association in New York gave a presentation on SIAL TV. He stated the in USA people are interested in buying locally and feel that eating well is important to having good health. We know that the costs of medical care is high in USA and people feel that they would rather invest in locally grown food.   www.specialtyfood.com. 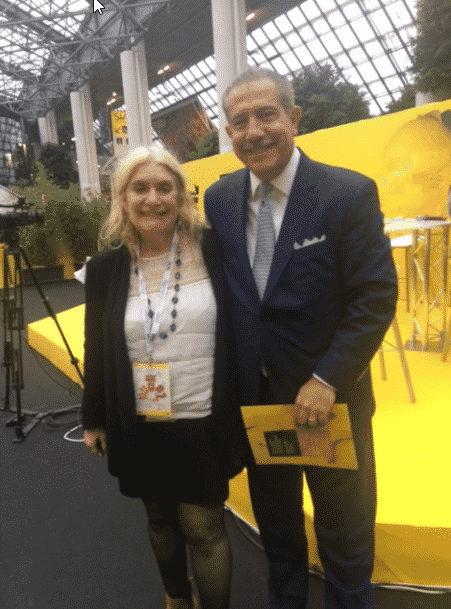 This edition been placed under the banner of culinary innovation, taste, marketing and health.natural colors, back to nature, to the nourishing earth. 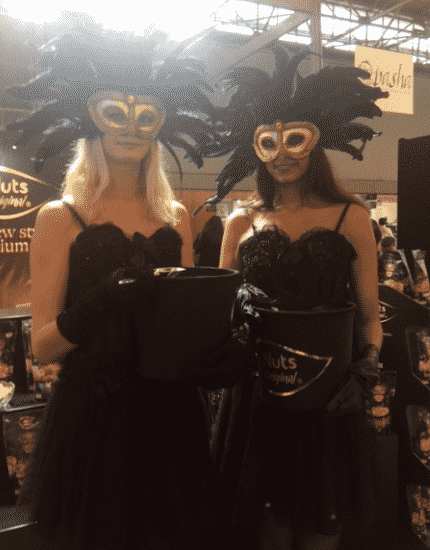 At SIAL, we had a sample of what France produces as dairy products. Camembert appellation d’origine contrôlée with Roquefort always also of controlled designation of origin.  The production of Gruyere and Emmental fromSwitzerland was exhibited.

We found superb and rare extra virgin olive oils from a  Greek company, The Governor, that has anti-aging effects; In addition the company claims it has anticancer activity and prevents skin from aging. It is made from the lianoila variety over 500 years old. We received a free sample so we can see how it works. 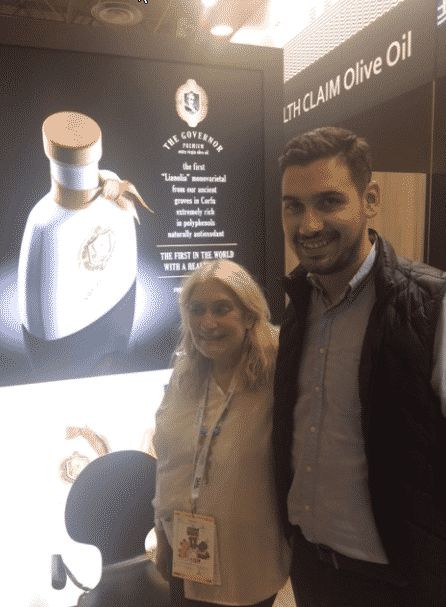 The Governor company that has special olive oils

Partners Network had a dance with a great , DJ  James Carr, www.britishdjnfrance.com

Bertagni  the oldest pizza maker invited guests to enjoy pizza at their stand. It was so delicious!  www.bertagni.it

In conclusion, SIAL provided a good opportunity to see new food products and for buyers and sellers to network.

Most of all, credit for the article goes to Jane Rosenstein